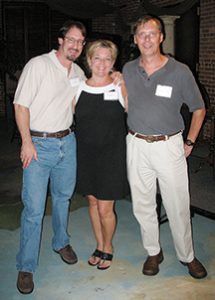 Gregg (BA, University of New Hampshire, MS, Brooklyn College (CUNY)) is a film and video professional. For over thirty years his work has been seen on broadcast outlets, NatGeo, Animal Planet, ESPN, public television, and others. His clients have included corporations, IBM, Amex, Pitney Bowes, Deloitte & Touche, and many others. Institutional clients include numerous foundations such as the Z. Smith Reynolds Foundation, the Winston-Salem Foundation, Save the Children, and non-profits.

As a filmmaker Gregg has produced independent projects including, Discover Yourself with the Enneagram, The Little America’s Cup Challenge, Peelers, Busters, and Soft Shell Crabs (broadcast on UNC-TV), The Real Cost of Coal, and Greg Taylor – Ghost. 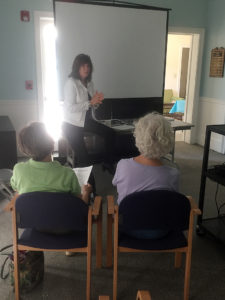 Jamie has worked as a producing partner at Swiftwater Media on three independent productions (and consulted on many others).

With 11 years experience in a Fortune 500 corporate position involving communications, presentations, and training sessions spanning all levels of employees and executives, she is comfortable with organizing materials for comprehension and meeting new people….skills critical as we launched the PR part of this project. With 30 years experience in being a partner or a sole-proprietor of healthcare-related practices, she is able to oversee every aspect of a project as well as she has honed interview skills used when dealing with confidential, traumatic or emotional subjects. A longstanding commitment to social justice issues led her to devote 4 years to a local foundation where she focused her energies on donor development, re- branding, and creating marketing materials (including producing 3 annual fundraising “testimonial” videos)….skills also now critical to our film project. Jamie has been intimately involved with this cause and the film project from the first day. She conducted the majority of the interviews for our current project, In Pursuit of Justice, and offers a critical ear and eye as we complete post-production.