Mike was asked to represent Greg when the case was first accepted by the NC Innocence Inquiry Commission. His job was to represent and advise Greg about the NCIIC process. For instance, to be accepted, the convicted person has to give up their right to attorney/client privilege. So the state appoints an attorney to make sure the convicted person understands what that means.

In 2007, Mike and his co-counsel Kelley DeAngelus won the release of Floyd Brown, a mentally retarded man from Wadesboro, NC who was wrongfully charged with murder in 1993 and held without a trial in a state mental hospital for 14 years. For their work and four year legal battle, Mike and Kelley were presented with the American Civil Liberties Union of North Carolina Award by the ACLU of North Carolina, as well as the Kellie Crabtree Award from the North Carolina Advocates for Justice.

Sadly, in July of 2016, Mike suffered a massive stroke and he is no longer able to practice law.

In this video “Intrigue”, Mike talks about the reasons he was drawn to Greg’s case.

Joe has handled scores of first degree murder cases, both capital and otherwise, tried scores of complex conspiracy cases, handled numerous political corruption cases, and represented many varied businesses and business people in crisis during both state and federal investigations. His clients have included congressmen, Governors and other noted political and government figures, prominent members of the entertainment, banking, health care and business community nationwide, and people from all walks of life who have been unfortunate enough to come into contact with the criminal justice system.

In this video “The 3 Judge Panel”, Joe talks about the make up of the panel of judges in Greg’s hearing.

We first met Chris Mumma in October, 2009. She had won a Nancy Susan Reynolds’ award. Watch video. During her acceptance speech, she told everyone to watch the news because, hopefully, something extraordinary was going to happen soon in North Carolina. A couple of weeks later, Chris asked if we would like to document the Greg Taylor case. Of course, we said yes.

Chris is a tireless advocate for justice. She serves as the Executive Director of the North Carolina Center on Actual Innocence. She has been instrumental in fighting for criminal justice reform in North Carolina. She has spearheaded legislation concerning eyewitness identification, the recording of interrogations, preservation of biological evidence, enhanced support for exonorees, and the establishment of the only Innocence Inquiry Commission in the United States. As the Center’s Executive Director, she also represented Dwayne Dail, Joseph Abbitt, Greg Taylor, Willie Grimes, Larry Lamb, and Joseph Sledge in their successful post-conviction proceedings.

In this video “Passion”, Chris talks about the passion she has for her work.

Johnny was with Greg the night of the murder. The evidence against Johnny was the same except for two things. First, the prosecution had a jailhouse snitch who testified that Greg confessed to the murder; second, Greg refused to testify against Johnny. As a result, Johnny spent the better part of two years in jail before the charges were dropped.

In this video “Pack it up!”, Johnny talks about his release.

Chris Mumma says that “if anyone deserves an honorary law degree, Eddy Taylor does.” When his brother Greg was convicted, no one in his family knew what to do next. Throughout the initial investigation and prep for Greg’s trial, they had done everything “right” … followed steps most families would expect to do. They did their research, hired a highly recommended defense attorney, took his advice ……and then listened, silently and in anguish, as the judge read the guilty verdicts.

If you aren’t involved in the legal system, understanding it is a daunting process. Eddy took that process on. After Greg’s appeal was denied, Eddy decided that they would “always be trying something” to get Greg out of prison. Freeing his brother became his second job – always trying to find the next thing they could try: hiring detectives, finding new lawyers, searching for new evidence.

In this video “Low Point”, Eddy talks about the years he spent trying to free his brother.

Greg’s mother and step-father provided the family emotional and financial support. During the seventeen years Greg was in prison, they visited every Sunday except two. They made sure Greg’s commissary account always had money in it. And they still worked hard to keep family life “normal” even though Greg was not there. There is nothing quite like a mother’s love and loyalty. Greg Taylor was fortunate to have such support. Many people in prison do not.

In this video “Keeping Life Normal”, Martine talks about some of the challenges the family faced during those years.

During the press conference after Greg’s release, he stood at the podium and said “6,149 days… I’ve thought about what I would say at this moment, and this is what I’ve come up with…” And he stopped talking. It got a big laugh. But it begs the question, how do wrongfully convicted people survive in prison? What keeps them going? Clearly the answer is not the same for everyone.

In this clip, Greg talks about his goal in prison and about the choice he needed to make between being released and possibly facing a new trial, or hoping to be declared innocent at the Commission’s 3-judge panel hearing.

As we waited for the Judge’s decision the suspense in the room was incredible. Although those of us who had sat through the testimony knew Greg’s case was strong our confidence was shaken when the DA, Colon Willoughby, presented his closing argument. Each of the three judges had to agree that Greg was innocent. When the third innocent was read there was no keeping the room quiet.

In this video we see a little of what the courtroom was like as Greg talks with the press before his formal interview.

Greg’s daughter was 9 years old when Greg was arrested and 10 years old when Greg was convicted. As a child, she visited her father when she went with her mother, Becky. But, after Greg and Becky divorced – right before Greg’s first appeal was denied – Kristen’s visits came further and further apart. It was only after she graduated High School, and could control her own transportation, that she visited her father regularly.

In this video “Central Prison”, Kristen talks about what North Carolina’s Maximum Security Prison looks like to a 10-year old.

Mark Rabil is the Director of the Innocence and Justice Clinic at Wake Forest University in Winston-Salem, NC. Mark actively represents wrongfully convicted inmates. Rabil’s zealous advocacy led to the release and exoneration of Darryl Hunt after 19 years of incarceration. In this clip, he talks about the costs of wrongful convictions to society.

Greg Taylor & Glenn Conyers grew up next door to each other. As children, they were nearly a “blended” family. The kids were running in and out of each other’s houses like both were their own.

After his conviction, Greg’s friends would try to keep in touch. But it was hard – and confronting – to visit Greg in prison. Some friends lost touch entirely – not bothering to return a letter. How do you share the things that have happened in your “normal” life with someone who has no future?

In this video Glenn Conyers talks about Greg’s letters from prison. 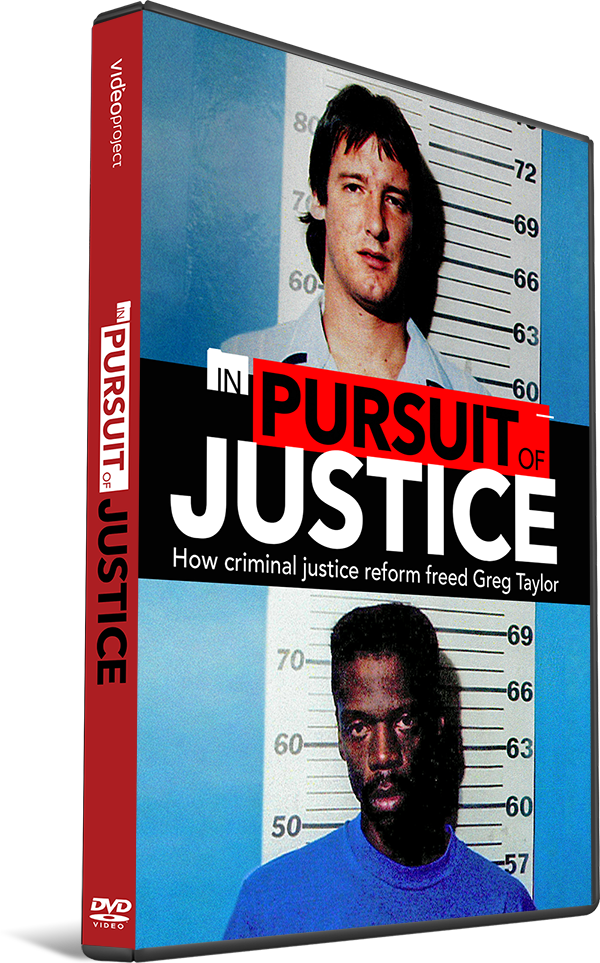